It's 3 am, tried to sleep but failed... (sigh).... so, i did some surfing.. or the popular term nowadays is 'googling'... but i wasn't using google, i was using yahoo... so that makes me 'yahooing'?... anyway... in the yahoo movies section (watchamacallit.. hehehe).. there was this interesting photo galleries titled:- "Movie Disasters: Historic Box Office Bombs" 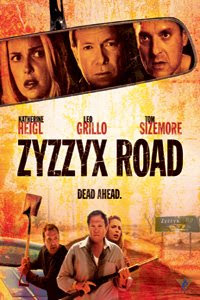 It's about Hollywood box office movies that didn't get any profit that can be considered profit... i'm not making any sense is it? there was quite a number of movies... but the most disastrous was this movie, Zyzzyx Road... yup, never heard of it... i was kinda shocked to know that the budget was 2 mil.. but the in the US Box Office, only gain a profit of 30$.... yup! just 30 bucks! you know, what amazed me was the lineup cast was Hollywood top actors/actress... for the likes of Katherine Heigl, Leo Grillo and Tom Sizemore, this is a not good film to put on their resumes.. hehehe...

in the yahoo movies, it quoted "There are a lot of indie films that don't make money. But few can boast a box-office draw less than the cost of a tank of gas. To satisfy a Screen Actors Guild's requirement, director John Penney -- who was holding out for a DVD deal -- screened the flick in a Texas theater for a week where it earned a mere thirty bucks. The meager box-office draw landed the film in the "Guinness Book of Records" as the lowest grossing film of all time. To make matters worse, Penney had to return 1/3 of the gross, as two of the six paying ticket-goers were also crew members."

On of the commentor said that Even though this film didn't make any money, it will have the distinction of being the last film to appear alphabetically in any movie database until the end of time. hahaha LMAO! I was thinking the same thing... now i know how hard it's to make a movie let alone make it to the box office! as Sir Rudyard Kipling's poem "the ROAD not taken"...kinda have a meaning to it..ngahaha.. get it! cause the title of the movie is Zyzzyx ROAD.. haha.. okay fine.. it was LAME.. can't blame it.. I'm a LAME guy.. heheh.. slamat bersahur and toodles. 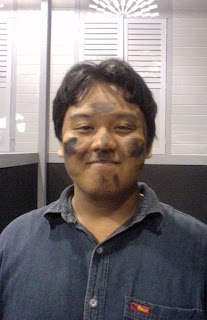