i sooo wanna update by blog... but... all of my card readers malfunctioned.. therefore i cant really transfer all the images from my camera... plus i didnt bring the cable to connect the camera to the PC. so i cant post anything that have to do with the images inside my camera.. so i got nothin!

unfortunately for me, i got myself a novel! my sisters and i went to borders the other day... there was a promotion buy 3 at the price of 2... actually i'm lending the book from her... yup, the book that i bought with my money! i mean my mom gave the money.. so technically made it my money.. right? 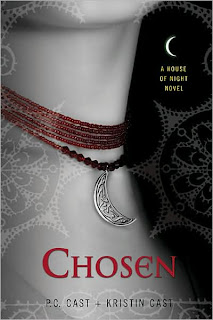 Dark forces are at work at the House of Night and fledgling vampyre Zoey Redbird’s adventures at the school take a mysterious turn. Those who appear to be friends are turning out to be enemies. And oddly enough, sworn enemies are also turning into friends. So begins the gripping third installment of this “highly addictive series” (Romantic Times), in which Zoey’s mettle will be tested like never before. Her best friend, Stevie Rae, is undead and struggling to maintain a grip on her humanity. Zoey doesn’t have a clue how to help her, but she does know that anything she and Stevie Rae discover must be kept secret from everyone else at the House of Night, where trust has become a rare commodity. Speaking of rare: Zoey finds herself in the very unexpected and rare position of having three boyfriends. Mix a little bloodlust into the equation and the situation has the potential to spell social disaster. Just when it seems things couldn’t get any tougher, vampyres start turning up dead. Really dead. It looks like the People of Faith, and Zoey’s horrid step-father in particular, are tired of living side-by-side with vampyres. But, as Zoey and her friends so often find out, how things appear rarely reflects the truth…
(quoted from amazon.ca)

i guess i have to get a new card reader so i can post anything.. hurm..

u guys dare me to finish the book before the holidays?? :P

i love a challenge... XD 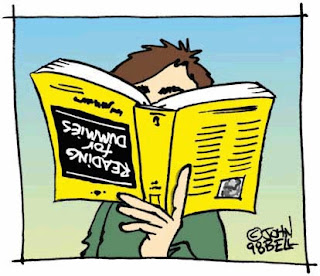 (image from ahajokes.com)
Posted by Brader Bear at Thursday, October 30, 2008