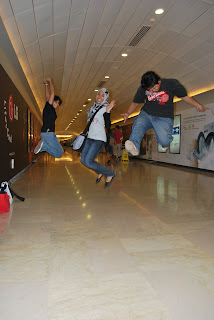 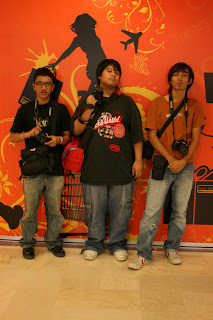 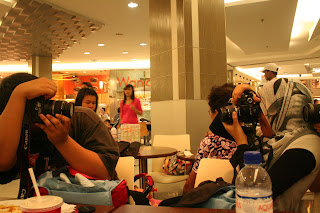 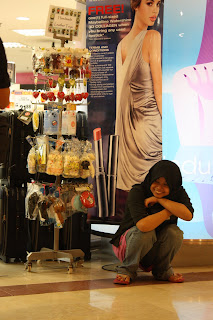 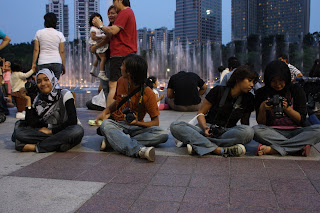 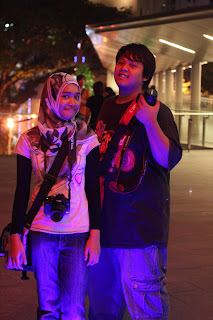 Woke up at 11 a.m... got up, took my shower, went down to have my breakfast... but wait, there is NO breakfast. heheh.. so i thought of going to do my ASSingments, because as all we know.. assignments have started! Then, Remy asked me to join him going to Jln pudu to pick up Alia's camera that she pre-ordered. So what the hell.. so that's the first unplanned plan!

After we (remy, syira, alia, nad, maher, me) had our lunch at hb3, we went back to cyberia to take our camera with us.. you know, just in case... so, off we went to Jln pudu! in the car, it was quite boring as the girls at the back were asleep!...just when we arrive at the camera shop, alia said she wanted to draw some money. so we had to make a turn to the nearest atm.. only to get lost at Jalan hang tuah.. waaaa.. that far.. hehe what can i say.. we're not KL people.. hehe.. after enduring the hectic traffic.. we finally get to draw some money and Alia finally got the 400d! yeaa.. she was so eager to use her camera that we just had to go to KLCC ... another unplanned plan!

we parked our cars at avenue K.. since it's much cheaper.. hehehe.. he had our dinner at the food court.. i had the charbroiled chicken chop... nyum nyum!.. then we headed outside klcc at the park... we took lots pictures there..hehehe.. snap snap! then there was this cute lil toddler.. we took lots of pictures of her. her parents notice that and insist that we send their daughter's pictures using emails.. hehe.. just when we wanted to wrap this whole thing up, Syira suggested we go to pavilion... so.. off we go to pavilion.. we walk to pavilion.. it took us like 10 minutes or so to get there...

It was my first time in pavilion.. I was amazed.. it was BIG!.. we took some some pictures there too.. one thing for sure... there's a lot of scandalous pictures! after an hour at pavilion, we head back to avenue K.. what a day! never the less it was fun!
Posted by Brader Bear at Sunday, July 06, 2008

already start your degree or what? wa...jelesla. anyway, nice blog~