stereotype and the wrongly accused

definition - a pre-conceptional perception of a race/culture/religion (based on my MLA notes)
example - malays are lazy, blacks are oppressed, blonds are stupids (nothing personal)

cut short to my story.. it was like 3 weeks ago, i was out with syira, bapak and alia for a supper. the place was a restaurant in SK. we all ordered char kuey teow... after alia and syira had finished theirs, they wanted more.. oh god... so they ordered another round of the infamous botak char kuey teow. i was already full thus i didn't ordered. so did bapak.

when the waiter came to us to send the char kuey teows, he didn't hesitate to give it to me and bapak. see how wrongly we have been accused. just because I'm big and fat, he gave the char kuey teow to me.. thinking that i ordered them without even realized the the two slim and slender girls ordered them at the first place! (am i making any sense) hahahah... the whole table laughed hysterically with the present of the confused waiter beside the table. the story of my life... sigh.. lol! 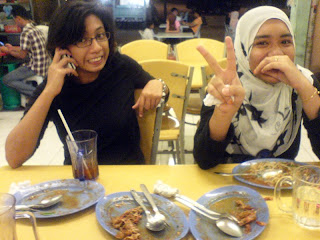 the evidence is there i tell u! 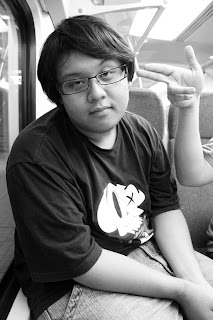 the wrongly accused
Posted by Brader Bear at Tuesday, March 03, 2009